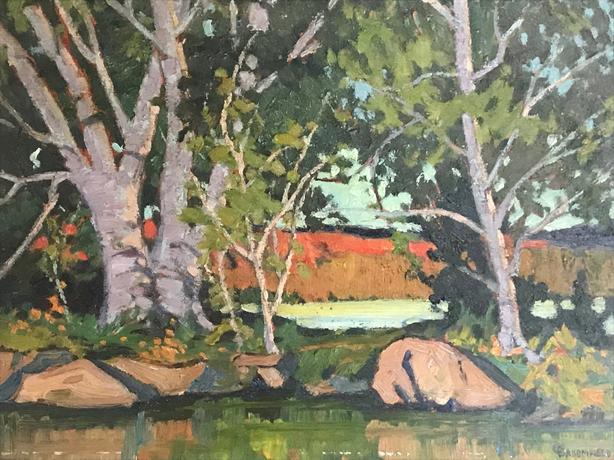 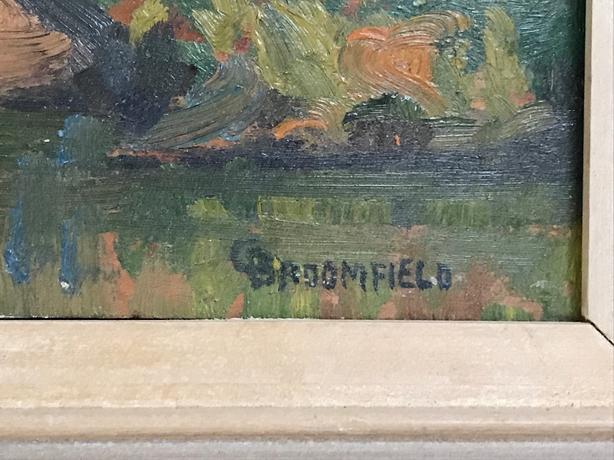 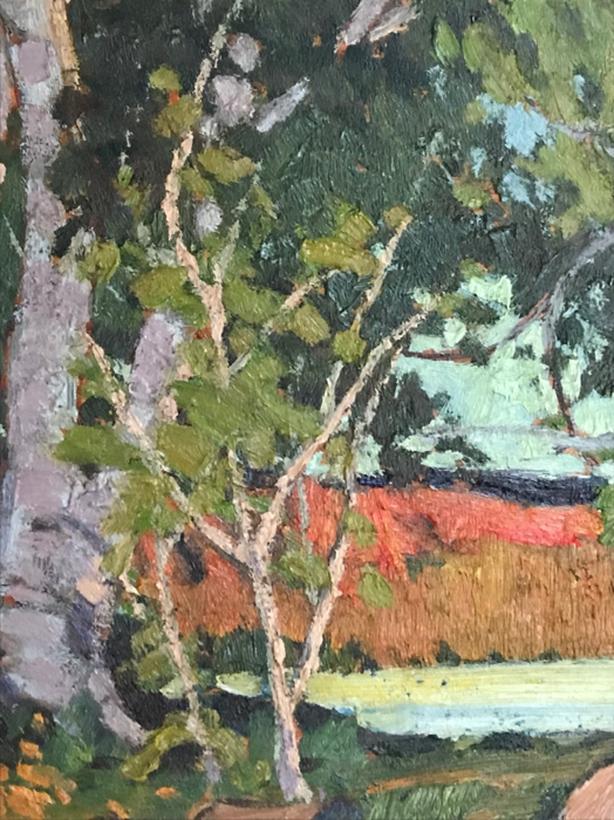 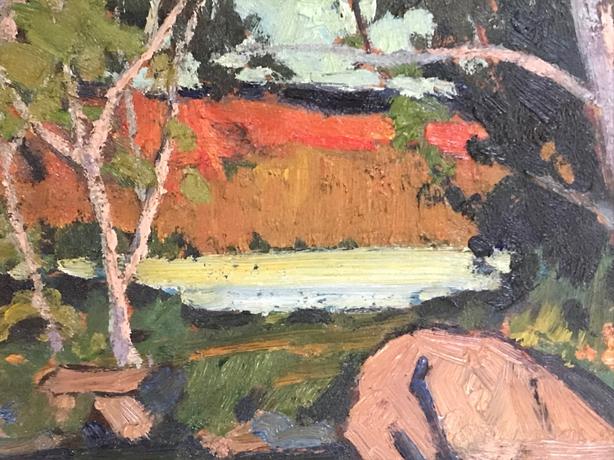 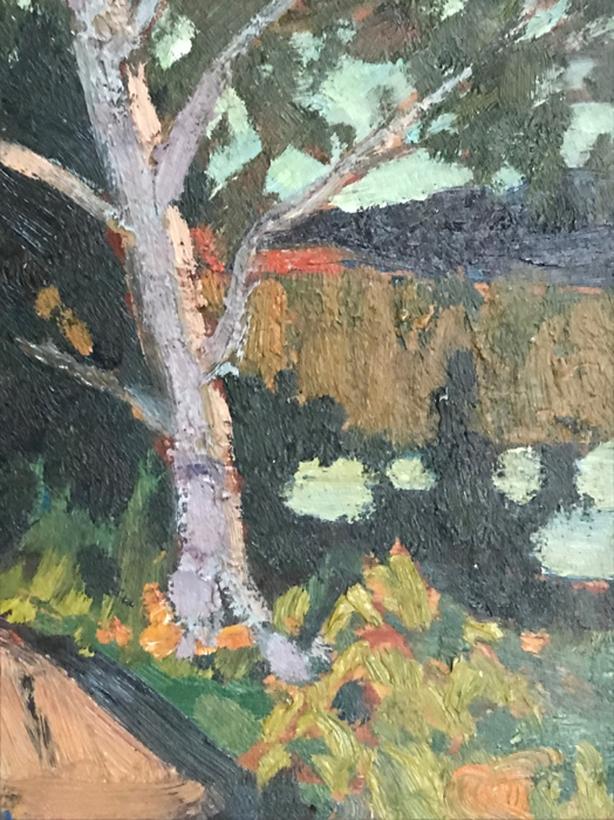 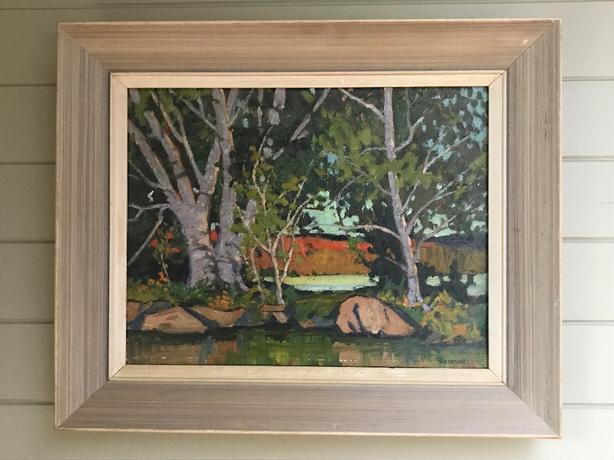 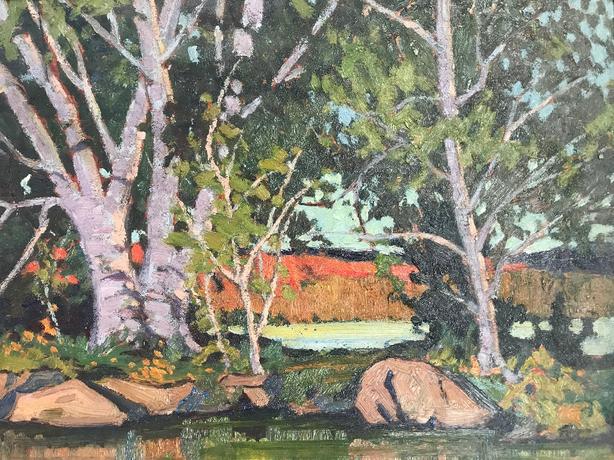 Offered for sale this framed oil painting on board signed in the lower right hand corner by Canadian listed artist ADOLPHUS GEORGE BROOMFIELD (1906-1992). This beautiful landscape is in very nice condition and would make a fantastic addition to any art collection. Framed the measurements are 14.5 inches in height x 17.5 inches in width.

George Broomfield was born in 1906 in the village of Parkdale in Toronto. Broomfield was selected by Arthur Lismer to attend the Ontario College of Art at the age of 14. At the OCA Summer School in Port Hope, Broomfield studied under several members of the Group of Seven, including Lismer, J.E.H. MacDonald, and Frank Carmichael, with assistance from A.Y. Jackson and Frank Johnston.

Broomfield balanced a successful career as a textile designer and colourist, with his private time as a prolific and thoughtful painter. He worked in the textile industry from 1926-30, 1934-37 and after World War II. In 1931-32, he travelled to Kearney in Northern Ontario, and worked as both a prospector and painter. When he returned to Toronto, he had first first solo exhibition at Mellors Gallery.

In 1934, Broomfield joined the Canadian Painters and Etchers Society, and began creating a collection of dry-point etchings and lino cuts in Hamilton with Leonard Hutchinson as his teacher. Broomfield lived in Tom Thomson's studio behind the Studio Building and exhibited often during this period.

The artist became an officer with the Royal Canadian Airforce during WWII, and was given special privileges to paint while posted overseas. Upon his return from active duty, Broomfield gifted thirty-five paintings from his posting to the Canadian War Museum, where they remain as part of their permanent collection in Ottawa. In 1944, he was elected as Associate of the Royal Canadian Academy of Art while serving abroad.

Broomfield's travels throughout Canada and Europe inspired a lifetime of painting. In 1946, he moved to Cooksville, Ontario with his wife and two children. From his studio-home in Gordon Woods, he painted for the next forty years. The artist exhibited across Canada in touring invitational shows with the O.S.A. and R.C.A.